The ABC Murders: A Review 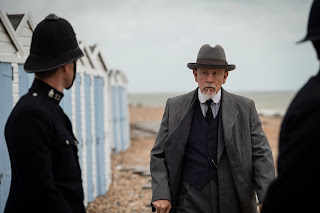 A disclaimer is necessary at the very beginning of this review. The miniseries of Agatha Christie’s The ABC Murders which is currently available on Netflix is violent, disturbing, and unorthodox, but it is worth watching.  If you are familiar with the characterizations of Christie’s Belgian detective Hercule Poirot offered by David Suchet, Peter Ustinov, and Kenneth Branagh, you will immediately understand that John Malkovich’s Poirot is cut from different cloth.

In this presentation, Poirot has seen better days.  He finds himself graying, at loose ends, alone, and marginalized.  An extraordinary string of murders brings new focus to his life but also unearths some hidden demons.  Even if you are familiar with other versions of Poirot, a few minutes of Malkovich’s performance will cause you to see the detective in a new light.

Without giving too much away, there is a theological dilemma that burdens and motivates the great detective. He is obviously a religious person, a Roman Catholic, but he refuses to confess or accept the sacrament.  Screenwriter Sarah Phelps has given us a new origin story for Poirot, but it is one with emotional and ethical impact.

Some reviewers have complained about certain excesses in this presentation.  The characters are more Dickensian, some parts are just plain grotesque, and the material is definitely adult.  They complain that this version is too revisionist and departs greatly from Agatha Christie’s vision.  In reality, the British television presentations of the author’s Poirot and Miss Marple are fun, but they are fantasy and often fail to fully depict the darker side of her work.  They often departed from Christie's original sources.

Certain aspects of the series will cause the viewer some disorientation.  For example, Rupert Grint (Ron Weasley in the Harry Potter movies) is all grown up and playing an initially dismissive Inspector Crome.  For another, the insertion of a proto-Nazi anti-alien movement seems too great an effort to address a contemporary issue.

Although the overall mood of the series is dark and a bit depressing, the coda is challenging. Even the world’s greatest detective is something of a mystery.

December 13, 2016
I am grateful for my heritage as a Southern Baptist.  I was exposed to the Bible and worship from a very young age.  I grew up in a church in south Alabama that supported the Cooperative Program of missions giving.  This meant that our church had the benefit of being part of a supportive group of local churches and the educational opportunities that afforded. Our state convention provided varied and effective ministries with groups like orphans, ethnic groups, and college students.  We supported missionaries at home and abroad.  We had good Bible study and training literature (which we paid for, of course).  I went to an accredited seminary and paid a remarkably low tuition.  Wherever you went on a Sunday morning (in the Southeast and Southwest, at least), you could find a church that sang the familiar hymns and studied the same Bible lesson.
In hindsight, I realize that this Southern Baptist utopia was imperfect.  There were significant theological differences, often geographical, w…
1 comment
Read more

March 25, 2019
As I read the story of the Good Samaritan during my devotional today, I was reminded of the times that I have heard the story in the Christian education setting of the local church--as a youngster in primary and intermediate classes (old terminology), as a young adult in college classes, and then as an adult, often teaching the passage myself.The characters and story line are very familiar due to these experiences of Christian education.
These are challenging times for Christian education in the church.  Like so much of what is happening in the church today, the old forms do not seem to support present needs.  What once worked no longer seems to be effective.  Christian education or the formation of believers is in a state of flux.
In an article on ethicsdaily.com, retired professor Colin Harris addresses this issue. He points out that the period of the 60’s and 70’s “saw the beginnings of a loss of vitality within the educational dimension of church ministry, as the ‘school model’ of S…
Post a Comment
Read more

August 11, 2018
The Global Leadership Summit which began as a project of Willow Creek Community Church in South Barrington, Illinois, and its founding pastor, Bill Hybels, over 25 years ago was held this week without Hybels. For several years, the GLS has been now produced by the Willow Creek Association, a spin-off organization and a loose network of churches but Hybels has been its driving force.
Attended by thousands at the church facility in South Barrington and broadcast to thousands more at satellite locations, the annual meeting brings together not only evangelical leaders but outstanding speakers from business, charitable organizations, politics, and business.  For the first time, Hybels did not appear due to allegations of sexual impropriety brought against him over the past year by former employees, staff members, and business associates.  He has already left the church and resigned from the board of the association.
I have attended at least half of these meetings over the years--once onsite …
Post a Comment
Read more

January 14, 2015
From time to time, I receive a call from a member of a pastor search committee that is considering a woman as their senior pastor (which is a term that I don’t find anywhere in scripture, but I understand the concept). I am always flattered that the candidate has chosen to use me as a reference, so I take the opportunity very seriously.I must admit, however, that I come out of some of those conversations a bit frustrated.
The interviewer usually has a set series of questions, and I try to respond appropriately while pushing the boundaries a bit.By doing so, I am often able to engage the interviewer more informally and address some concerns specifically related to women in a pastoral role.As a result, I am no longer surprised when the caller will say something to the effect, “But there are some on our committee who feel that she does not have enough experience.”
On one hand, if the concern is that the candidate does not have any experience as a senior pastor, they are right.Someone ha…
3 comments
Read more 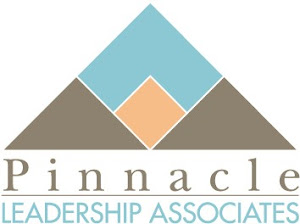 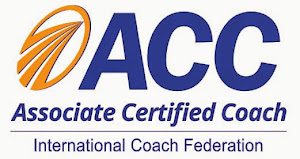